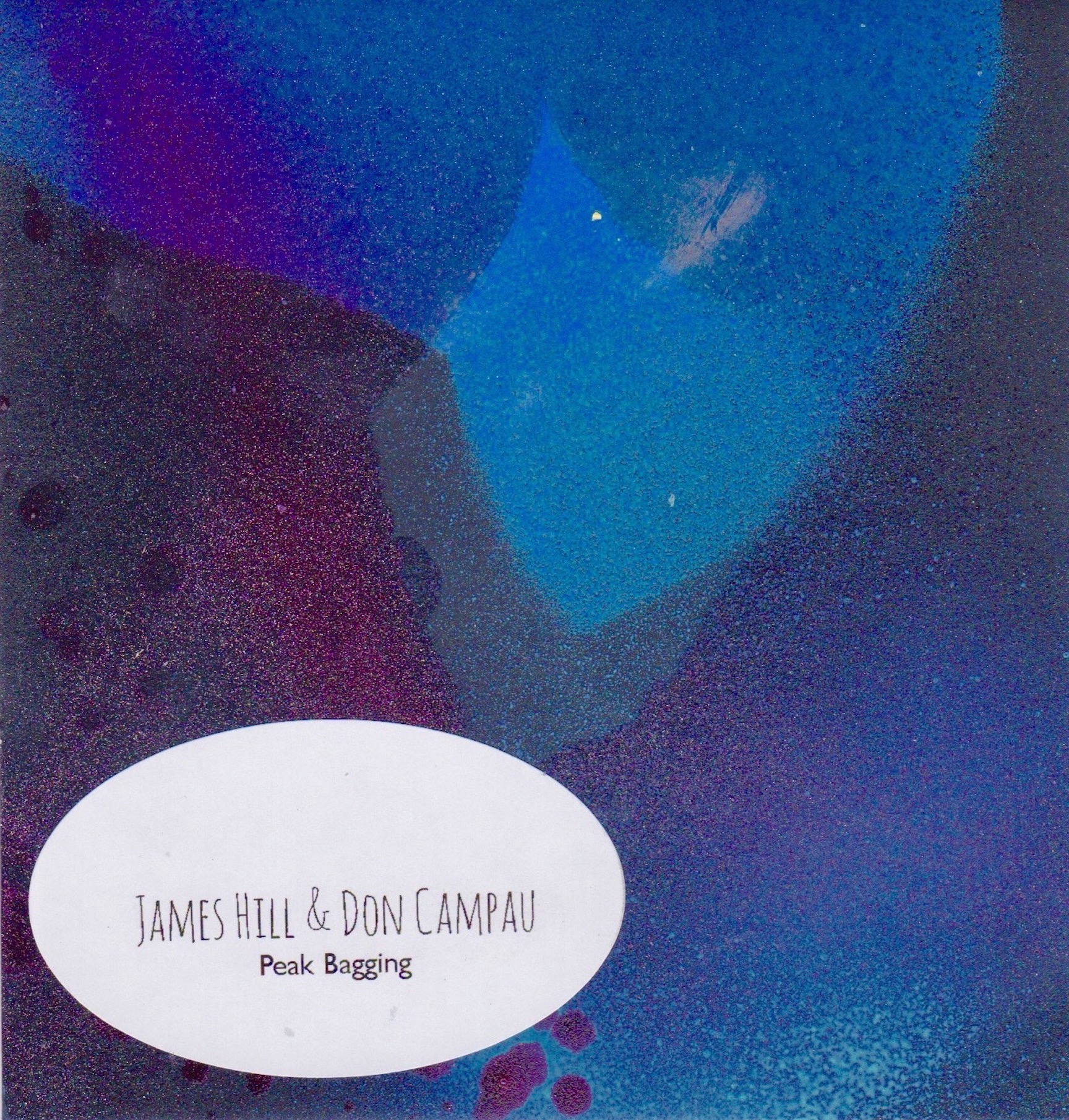 james hill :trumpet on all tracks, keyboards on  “i like olaku”

this is denali dammit3:24

recorded in richmond and santa rosa, ca in 2017

bonus tracks ( not on CD ) available at archive.org

Peak bagging, also known as hill bagging, mountain bagging, Munro bagging[1] or simply bagging, is an activity in which hikers, hillwalkers and mountaineers attempt to reach the summits of a collection of peaks, usually those above some height or prominence in a particular region, or having a particular feature.

Many climbing clubs around the world have created lists of peaks with various attributes, often used by peak-baggers. Examples of such lists are Colorado's 53 fourteeners in the U.S., the Alpine four-thousanders in Europe, the three-thousanders in Japan, and the State 8, listing the highest point in each of Australia's eight states.